The march was one of around 2500 in 160 countries, including around Australia, and was organised by the Australian Youth Climate Coalition and Getup. Following speeches at Queen’s Park in which the challenges posed by the coal industry to the environment, especially the Great Barrier Reef, were highlighted the assembled masses from toddlers to nannas and grandpas bundled off down George, Adelaide and Edward Streets chanting latter-day versions of familiar protest slogans. 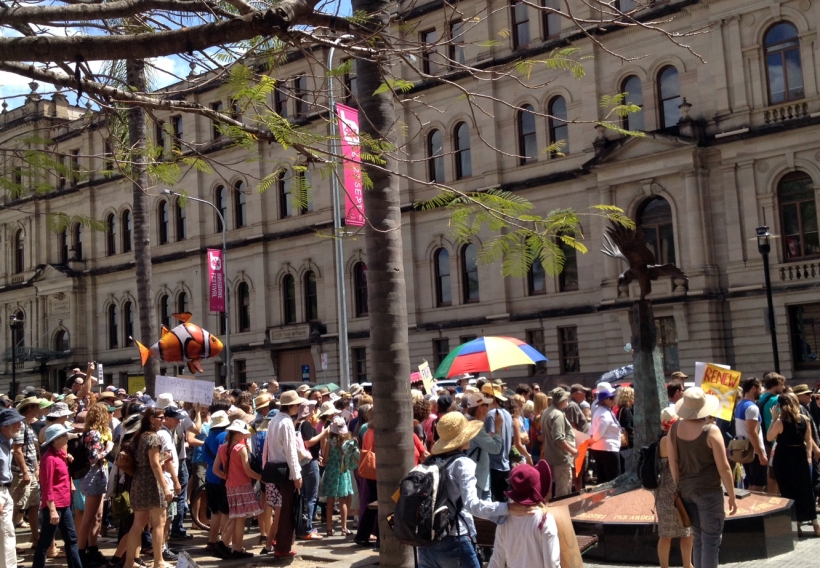 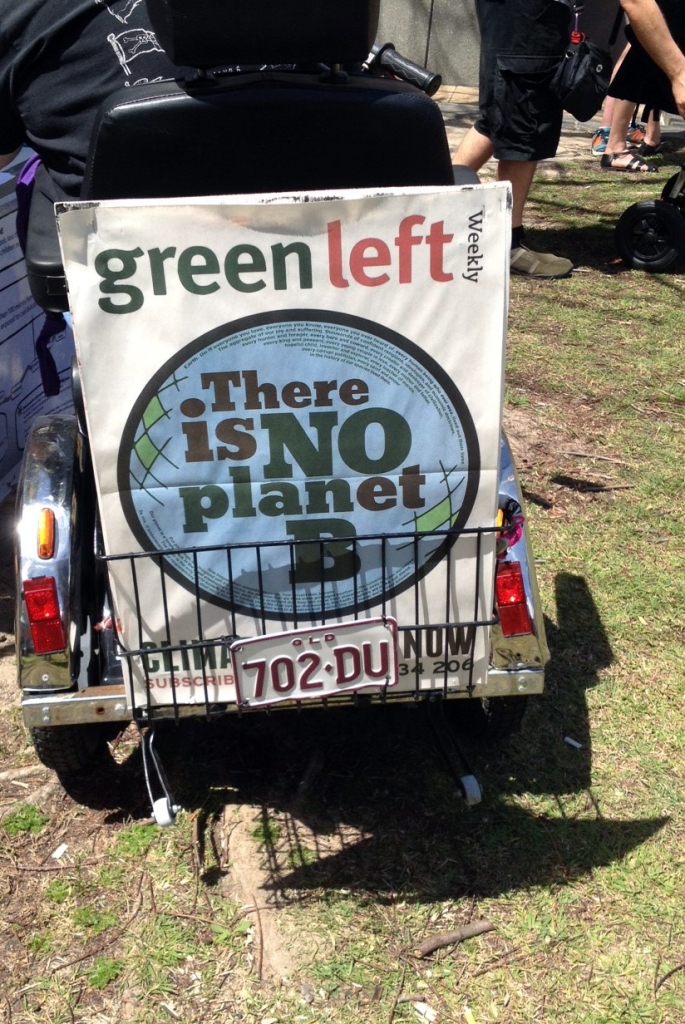