When it comes to music I’ve always been an enthusiastic listener rather than a performer.

My fledgling education floundered when the dread engendered by a ruler-wielding, black-robed nun, rosary beads jangling ominously as she approached along polished convent corridors, extinguished any childhood flame of musical ambition.

Did I ever regret that capitulation? No – until recently when a friend asked if I would like to be part of a community choir performing at a school annual concert. But how would I follow the score when I could no longer tell my crotchets from my quavers or C from D or G? 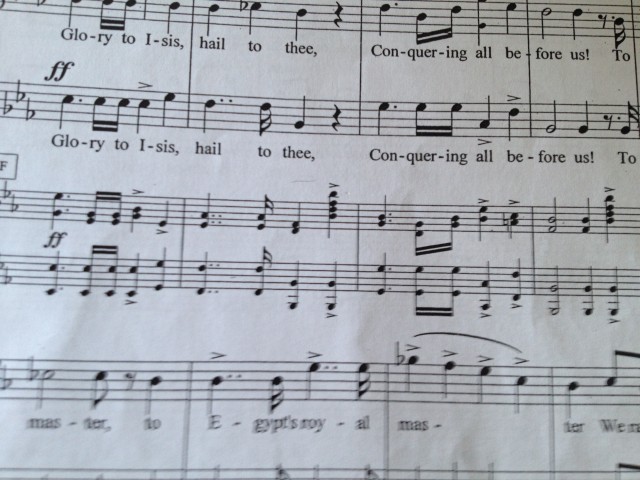 I decided to put my faith in the choirmaster. After all, hadn’t the inspirational Jonathon Welsh coaxed Opera House performances from a group of Melbourne’s homeless? Besides, the good thing about a choir is there is safety in numbers.  Even our choirmaster – a saint of infinite patience and humor to rival Welsh – said so.

He assured us that a capacity to read music wasn’t essential: as long as we could see whether the notes were going up and down we’d get by.

He added that, what he enjoyed most in community choirs was the process – coaxing a performance from a bunch of enthusiastic amateurs. He wasn’t overly concerned about the final performance.

As it was, our big night was greeted with great acclaim, even if from a forgiving audience heavily stacked with family and friends. With gusto our group Hailed Isis, Sang in the Rain, Didn’t Know How to Love Him, told of Our Favourite Things, paid tribute to Ennio Morricone’s River and showed we still knew how to Rock It on a Saturday Night.

In a recent interview on Richard Fidler’s Conversations former Seekers superstar Judith Durham spoke of how learning to sight read music when she was young changed her life. She described sitting down at the family piano with a new piece of music in pre-television days as an adventure “like opening the first page of a book and not knowing what the story was going to tell you.”

Now that I’ve experienced the adventure of being part of a choir I’m encouraged to do it again. And beforehand I’ll learn how to read the music.